We’ve created a quick glossary of music licenses for newbies and curious musicians. We find it important to defend every artist’s right to easily license their music in total legality and transparency, giving them the assurance that the royalties collected will be distributed fairly. Licensing your music can be thought of as renting your songs to another party.

While you are not selling your music (the copyrights to your songs and recordings), you are allowing “users” to play your songs in exchange for royalties.

This type of license gives the license holder the right to use a recording that someone else made. The master license is obtained from the rights holder (usually record label or artist) for each song that wants to be used for the project.

The difference between a master license and a sync license is that the sync permits the license holder to re-record the song for a specific project, for example a video cover a famous song, while the master permits using a pre-existing record, therefore the voice of the original singer.

One example of Master Recording License is the use of compositions in an original compilation CD such as “20 best rock songs of 2012.

The performance license includes music used at live performances, clubs, business establishments, multimedia presentations, music used in a meetings and conventions, or simply played through a CD for the benefits of the people listening to it.

A performance license gives permission to use an artist’s musical creation by paying royalties for publishing rights to songwriters, composers and/or publishers for each track.

Performance Licenses are not just for concerts – for example, business establishments that wish to play background music in in their stores usually obtain performance licenses for the right to do so. If the songwriter is a member of a performing rights organization agency, like Soundreef, BMI, ASCAP, or PRS, the collecting society will keep track of performances of the songwriter’s material, collect royalties, and transfer earnings on to the songwriter.

It is one of the most used licenses in the market. It ties the copyright owner and the licensee, granting permission to use a song and “sync” it with a visual media. Synchronization licenses are usually used in television shows, movies, commercials and other videos. Licenses are many times granted by the composer.
Fees may vary according to:

An artist that does not write his own songs and is recording a cover version will need a mechanical license. For this type of license, royalties goes to the songwriter, however in some cases the payments are divided with the band, the label and the publishers. This license is relevant to sound recordings and not videos. Typical payments for this type of license are within the range of 0.20 € to 0,50 € per song.

This license is obtained to copy or reprint lyrics of sheet music for a song that someone else wrote for personal use or reproduction.

The royalties are paid to the composer or author of the song for the right to print the work. The Print License is required for every song copied or used by a third party. This type of license can be necessary to create a music book or a song sheet. The price of Print Licenses is negotiated on a case-by-case basis between the copyright holder and the licensee, thus there is no set price range.

So What is a Blanket License?

Performing rights organizations and collecting societies offer blanket licenses that allow a licensee to have access to a portion or complete repertoire of songs for a flat annual fee. The licensee (client) can be for example, a radio station or a shopping center that wants to play background music.

From the Licensee’s point of view, it is less time-consuming than other options because it enables them to avoid clearing each song’s right with the relative copyright owner. These blanket licenses allow the system to flow smoothly and efficiently while minimizing unnecessary administrative time waste.

To distribute the money collected from the fees paid by the licensees, performance rights groups track the executions of the songs through a mix of digital tracking, direct reporting and sampling. This system does not always permit accurate tracking and some plays aren’t evaluated by the collecting society’s tracking system.

Other companies offer a digital tracking system that allow an analytical count of the plays for each song, giving the certainty to the right holder of being paid the correct amount. 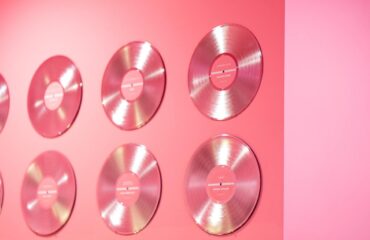