The
first Soundreef Live event was held in Italy on Sunday 1 June, 2013, with the Fadà gig
officially kicking off the 30 Band Revolution.

Seven days after the gig, the royalties Fadà had
earned showed up in their account, and all it took was three
easy steps.

1. Fadà created the event by entering the name
of the event, the date and the event organizer’s email address: 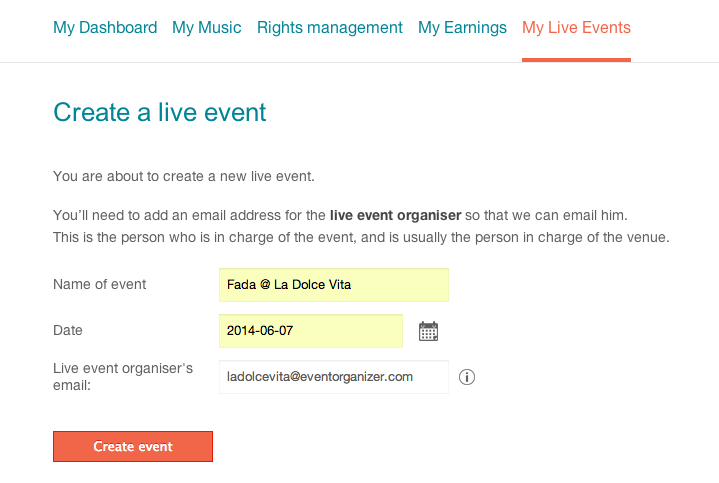 2. Fadà then chose the songs they had already registered
with Soundreef which they wanted to include in their set list for the gig: 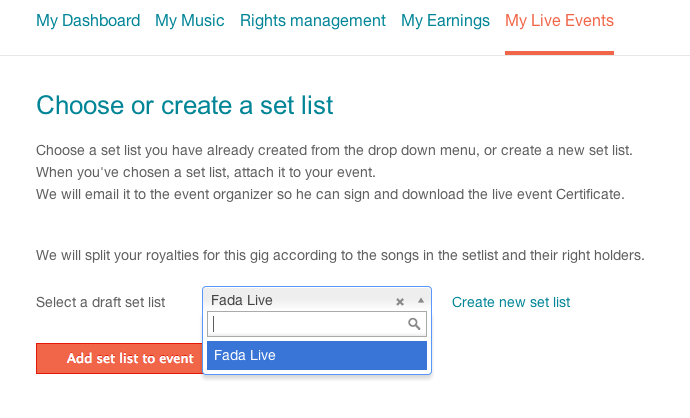 3. The
event organizer got an email asking him or her to complete their details, then
sign the Soundreef license.

Fadà
could check that the setlist status was “Signed” on his own account, then
packed his guitar and amp in the car and headed to the gig. 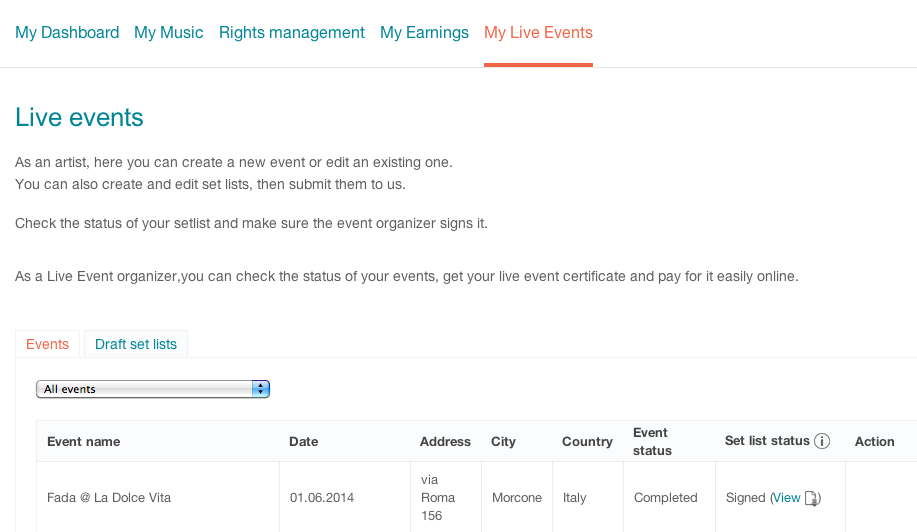 A few days after the gig at La Dolce Vita,
Fadà saw the royalties from the gig appear in his account and will receive the
payment within 90 days: analytical, transparent and fast! 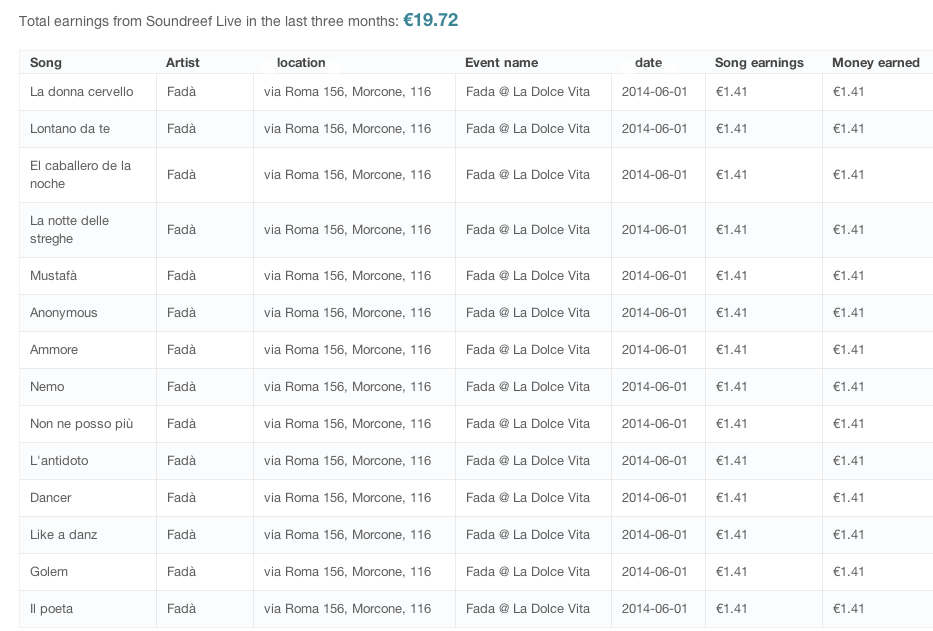 Soundreef
Live! is a European alternative to SIAE and offers: 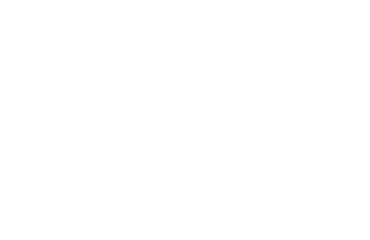 You need a strong Storytelling In Store to be competitive

The Best Websites & Apps To Promote Music In 2020