Stefano Maggio: ‘The most important thing of all is the passion’ 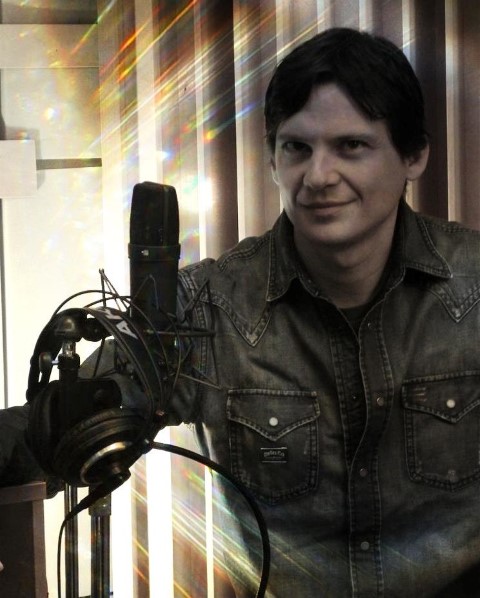 Stefano Maggio works
as a composer, producer and singer, creating music in many different styles for
film, TV and other licensing work. He is also the vocal coach on the TV talent
show Popstars in Germany. He told Soundreef about how he started out in the
music industry, how he gets paid for his music and how got started in music
licensing.

‘I began to play piano when I was very young, six or seven
years old.’

Unfortunately the piano was quite the hit it later became,
and he found the lessons boring. But it wasn’t long until he got interested in
music again.

‘When I was 13, 14 I saw what rock music was, and then the
real passion began. And I began to buy keyboards, to play with the first
computers, so I think I’m the first generation of modern songwriters and
producers… I began to work at 16 or 17 with the first computers and today I
work with computers. It’s very funny! I never worked analogue – I always worked
digital.’

‘I went through it, because I went to studios, I saw the
situations in the studios, but my own studio was always different… I always did
my work with just a mouse, unlike others who wanted more analogue stuff and the
big mixer.’

How did he find out about Soundreef?

Stefano already had his music on Soundreef’s sister company Beatpick, so when Soundeef was launched he was enthusiastic.

‘Davide [founder of Beatpick and Soundreef] explained the
idea, which I found brilliant, excellent. I think that the world is changing
and it’s becoming faster. And to have a company like Soundreef that is able to
give to his partners a very fast response and lots of their publishing money is
really great. Soundreef artists know that, if his song is played somewhere in
the world, like a supermarket in Australia, or Sweden etc., he knows it with his
Google Maps and I find it really great.’

He’s also excited about the idea of Soundreef Live.

‘I knew Davide was making a great thing with live gigs, so
in Rome there was the first live gig and the band played, and after some time they
knew exactly how much they earned from that show.’

‘It’s great because with other collecting societies this whole
process is not so fast!’

What have his experiences with collecting societies been
like?

‘I have to say, my experiences in SIAE are on the one side
very good, on the other side, not so good.’

‘Very good is, for example, ten years ago I produced many
ringtones, and SIAE phoned me and said there is an significant amount of money coming
from one ringtone that is blocked – I don’t remember the reason. So we fixed
the situation and the money came and I have to thank SIAE for contacting me.
Otherwise the money would have been left in some black box.’

‘On the other hand, it’s the same situation with all these
big companies. Unfortunately, payment can’t be very fast. Another problem is
that it’s always difficult to have full control and to know when and where your
songs are played. And I know that I will not be paid for many of my songs
because of simple typos by somebody in collecting societies or in television
companies.’

‘But, like other musicians, I cannot control every use of my
music on TV and radio. It’s impossible. This is the big problem for every
composer: we lose more or less 50% of our money because of both big and small
mistakes.’

What kind of effect does that have on you and your career?

‘Like many musicians, I have to do many things – mainly because
the royalties for composition, publishing and so on are sometimes good, and
sometimes bad.

‘So, twice a year, in January and in July, every composer
and songwriter will be a little nervous. I work very much with television and
with compilations. I produce title and background music, and this is royalties
stuff.’

How did you get into that kind of thing?

‘Sending CDs. Nothing else! I didn’t know
anybody in the music industry when I began. Some A&Rs heard my CDs and
phoned me. They said, “We like what you do – come and meet us.” Then we began
to work together. Davide d’Atri, Beatpick, it was more or less like that. I
heard from him, and I searched on the internet, and then I wrote a mail… It’s
very easy sometimes!’

In Part 2, Stefano tells us about how he got the Popstars gig,
how TV talent shows have changed the music scene and artists going it alone.