Old school R&B sounds that fuse with soul and pop music to create catchy beats with outstanding lyrics: this is Jamie Sparks, a Canadian musician who shared the stage with Rihanna. His inspiring story left us in awe.

Hi, Jamie! Tell us about yourself: where are you from? Has it always been your dream to make music?

I am from a small community called Cherry Brook near Halifax Nova Scotia on Canada’s east coast. Music was in my family from an early age. All of my 7 siblings are musical. We used to perform together. Sort of like the Jackson 5, except it was gospel music.

When I was younger, I used to have fun taking things apart & putting them back together. Even today I like to fix things, work on cars, etc. Electronics mostly. So, I thought I’d end up doing something technical or mechanical as a career. But music was different. Making music always gave me a feeling of such complete joy. I heard someone one time say, “music is like a smile you can feel”. So as time went on, I just wanted to keep making music. So, I did and, well…here we are!

Your songs have elements of old school R&B and soul; who are some of your main influences?

Wake Up Call: one of your most heart-felt and touching songs, with a catchy chorus that stays in your head all day. The song, as appears on your video, is dedicated to someone. Do you feel like talking a bit about how this song come to be?

When I wrote this song, I had no intention of writing any new music, and certainly not a whole album. This song is dedicated to the memory of my son Josiah who was killed September of 2017 at the age of 22. It was a very sad time for my wife & I and the rest of my family. We were close, so it was a tough loss. We had all planned to meet at his house that week for a little housewarming dinner at his new apartment. In the span of a few days, we went from planning dinner to planning a funeral. After everything was over, I didn’t know what to do with myself, so I turned to music.
Writing the music was almost effortless. The music literally just came to me. The whole album. I started with this song, and just continued on until the album was done. I thought it was a nice way to remember him.

It’s a really beautiful gesture, Jamie. Josiah’s memory will forever be engraved in this album.
I read from your website that you’ve shared the stage with celebrities such as Akon and Rihanna. Tell us a bit bout this experience.

Yes, I was the opening act for them each time they performed in Nova Scotia at the big “Summer Rush” music festival. About 10,000 people there. Just another day on the job for them I’m sure, but quite an experience for me!

What were your main compositional and production challenges in the beginning and how have they changed over time?

Most music on North American radio sounds incredibly similar. But part of the reason is people don’t really like too much change. The challenge for me was to try and make music different enough to be original, but not so different that people don’t know what to do with it. So, it was tough to be objectional; to step back and say if it’s good or not, different enough, not too different. I think my music has gotten better over time. I still don’t always know if it’s good or not. The production side was tough too because when I was just starting out, I didn’t have money to hire a producer or studio. So out of necessity, I learned to do everything myself. I learned to write/arrange/play instruments/produce/record/mix. Only thing I don’t do is mastering. I can, I just don’t like it. Every song takes me on a journey. I like the music I make, and I just hope others will too!

Technology, and more specifically production tools, from instruments to complex software environments are ubiquitous and somewhat essential to today’s compositional process. How does this manifest itself in your work?

I don’t use new gear, partly because I’ve gotten comfortable with the old stuff, partly because I’m cheap J. I do record my songs within the computerized environment. I’ve got most of the gear in my studio that you’d find in other studios. A keyboard, guitars, mixer, monitors, mics, etc. The main things I use are Cubase 6, and reason 5 which I believe are about 10 years old. That was my latest upgrade. So certainly not the newest, and I don’t think you always need the newest gear. But you certainly need to know how to use the gear you have. Being comfortable with the gear I have allows me to spend less time on the technical and more time on the creative.

If you could give an advice to a young, independent artist, what would you say to him?

Thank you, Jamie and good luck for the future! 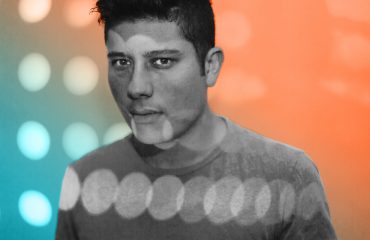 Neon NiteClub: «It’s amazing to see my music being played worldwide thanks to Soundreef» 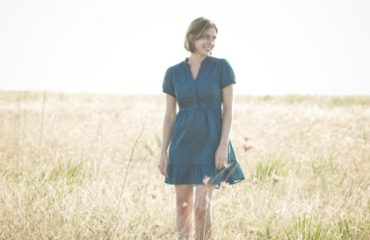 Vanessa Peters (USA): “My Tour in Italy with Soundreef” 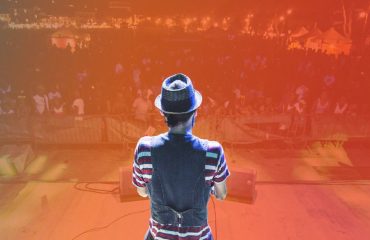 Adriano Bono on Soundreef Live: “It’s such a relief to get compensated right away”