Adriano Bono on Soundreef Live: “It’s such a relief to get compensated right away”

He was one of the 30 artists who joined the revolution, launching Soundreef Live in Italy. After several years of using our services, Adriano Bono tells us what they’re like.

Hi, Adriano. You are one of the first artists to join Soundreef and a pioneer who tested our royalty management system as an alternative to that of old Collecting Societies. In fact, one of the first services lunched by Soundreef in Italy was precisely Soundreef Live. How has your experience with it been so far? Has the service changed at all from when you first started using it? How has it responded to the needs of songwriters and publishers?

It’s been great so far. I haven’t earned any less than what I did when I was with the Italian collecting society, SIAE, despite them constantly throwing a spanner in the works. Knowing that I contributed both economically and culturally to the modernization of an extremely important area of this industry is morally satisfying.
I think that over the years Soundreef Live has become more acknowledged by the public and by the music industry as a whole. Nowadays, almost all musicians know about Soundreef and many live-event organizers, especially the more professional ones, have already operated with Soundreef songwriters and know how it all works. During the summer, when touring with Reggae Circus, we often play less professional, more “modest” gigs, such as state fairs, town festivals and stuff like that. Often, organizers there don’t really know how Soundreef works, and we have to explain it to them. But on a few occasions, we’ve had some organizers who were absolutely thrilled to be able to save some money by not having to deal with SIAE’s exorbitant requests. 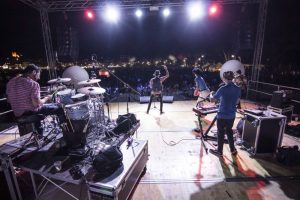 Could you explain the service to those who don’t know how it works? For example: how do you add a new live event to the database?

It’s very simple: once your gig is booked, all you have to do is let the organizers know they will need a Soundreef license instead of one from SIAE and create the event, including the organizers info, on your private area at www.soundreef.com/en. The organizer will get an email (or a phone call if requested) with all the instructions on how to request and pay for a license in just a few minutes, without having to wander through SIAE’s offices to deal with their bureaucratic nuisances. Nice and easy.

What’s the waiting time for reports and payments?

I believe you get paid your royalties every 3 months. Reports on live performances are pretty much given to you in real time, or after a few days, tops.

What are some of the advantages of Soundreef’s service compared to other collecting societies?

Compared to SIAE, which is the only one I actually know, some advantages include transparent reports and fast payments. It’s such a relief to get compensated so fast without having to wander through SIAE’s bureaucracy-filled labyrinthic offices spread across the city.  With Soundreef you get exactly what you’re entitled to based on the commercial use of your repertoire. No weird lump sums or dirty tricks. Everything is based on precise calculations and computer algorithms. What’s not to like? 😉 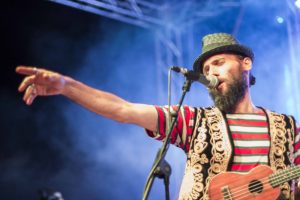 What type of reaction do you get from live events organizers when you play songs that are 100% Soundreef?

Well, to be honest they’re the lucky ones because they can completely bypass SIAE’s pointless bureaucracy. But most of all, they can save some money because a Soundreef license can cost as little as a half or even a third of what a SIAE license costs, and that definitely keeps them happy.

Have you ever recommended/would you recommend Soundreef to your fellow musicians?

For sure… I recommend it all the time on social media and in person as well, both because I think the industry needs to be revamped and modernized, and because its definitely convenient for young artists from an economic point of view. Actually, I think it’s probably convenient for renowned songwriters as well, despite the fact that more often than not professional songwriters’ repertoire is made up of songs co-written with songwriters and publishers subscribed to SIAE. This might complicate things… I’m not really sure. But I think SIAE should bow to the evidence: their copyright monopoly in Italy is over and they should start thinking about collaborating with Soundreef and LEA (Liberi Autori ed Editori- a music rights management association) in a constructive way, just like in the US, where various different Collecting Societies have been coexisting for a long time to the benefit of both songwriters and the music industry.

Thanks a lot Adriano and best of luck!