After spending sleepless nights composing and rehearsing your music until you’ve perfected it to the point where the music first reaches your heart before your ears, it is now time to take your music to the studio.
Recording studios cost a lot, so it is important to have a plan and be prepared. Knowing this we’ve listed below a few points on how you could make the most out of your time and money.

The very first move would be to make your composition completely ready for recording. All the team members should agree with the time decided to take your music in the recording studio. You must also rehearse a lot before recording in a studio. Nobody wants to encounter any last-minute technical problems or disagreements due to lack of rehearsals and practice, especially when you’re being charged by the hour.

2. Set Realistic Numbers About Your Time And Budget

The most important step is to carefully plan and set a budget which you’re willing to spend on your studio time.
Making a budget will prevent you from spending more than what is required and expected. Also, there are many other costs and expenses to be considered when making a record and without a budget you may end up spending a lot of money in the first step of your music dream. The second most important part is utilising your recording time to its full potential. Find out the time required in recording your song by using a stopwatch and stick to it. Granted, a song may  only be 3 or 4 minutes long but it could take a day to record just one song so it’s important to be ready with an expected time frame.

There’s a false notion about artists being able to record amazing music in one go because of all the fancy technology, instruments and music tables.
Many bands and artists commit the mistake by not pre-recording their music and listening to it beforehand. The only way to avoid the problem of being embarrassed at the studio for not sounding as amazing as you did in your practice room is to produce a demo version of your songs.
After recording a demo you must give it a critical listening and make yourselves aware of the tone, tempos and key of your music. This will enable you to make arrangements or edits if any, thus saving you from wasting your recording time at the studio.

4. Keep Your Instruments In Perfect Sound And Shape

Always get your hands on the best instruments and naturally the sound will be great too. Before taking your instruments to the studio check and maintain them for any defects. Also, vocalists should warm up their voices and avoid cold drinks which could hamper the chances of obtaining a good sound.
If you don’t have good quality instruments, hire or borrow them as doing so would reduce the time spent trying to perfect the sound at the studio. Moreover, if it’s your first time making music then you must get a DJ controller for beginners, it may be expensive but think of it as an investment. It is also easy to setup and use.

5. Choose The Right Person And Studio

Do plenty of research before choosing a producer. Your choice of producer could make or break your musical dreams. It is also important to pick someone you may get along with as your relationship with the producer is a very crucial one. As for the studio, you may either choose a studio of your producer’s choice or find one on your own. Establish what you’re aiming for then do your research or ask bands with sounds and styles similar to your choice before picking one. In conclusion, by using the above tips and ideas you can maximise your studio time and give you a great recording session.

Ronald Ross is a contributor for several music magazines and websites. He currently writes for Loud beats in his free time. His written work has garnered him a lot of attention and his final goal is to compose his own music in his own studio. 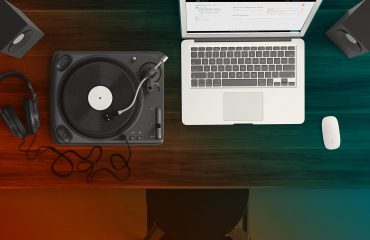 How to submit your music to Soundreef

You can register with more than one collecting society or PRO – so take control of your royalties! 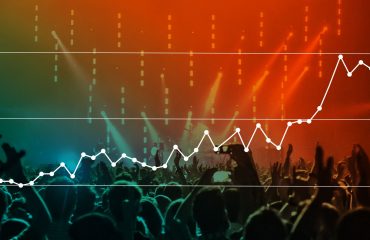