Javier Silva: ‘It really surprised me how easy it was to get played’ 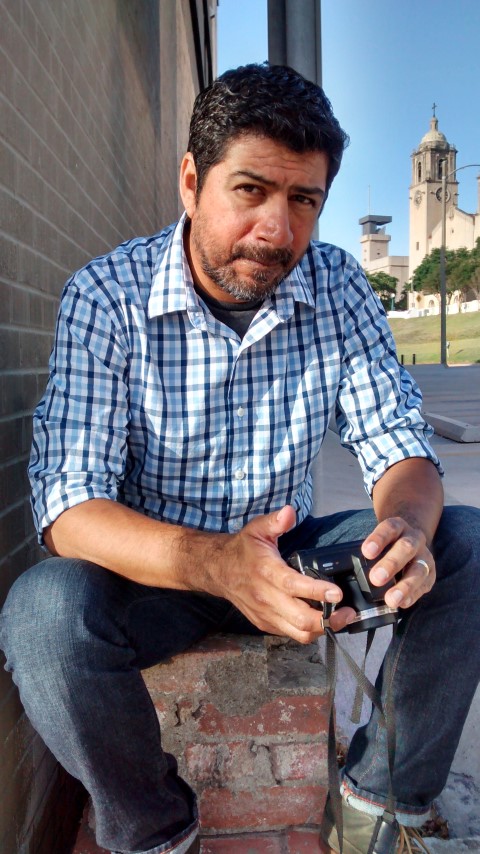 Songwriter Javier Silva was absolutely delighted when his earnings from Soundreef In-Store last semester made him 200 times more per play than Bette Midler. We caught up with him to have a chat about music licensing.

Javier describes his music as ‘Indie pop-rock flavoured stuff.’ His band, Ten Summersets was formed in 2005.

‘That lasted for about maybe a year, a year and a half,’ he explains, ‘And then we sort of split and drifted.’

How did he get into music licensing?

‘The whole time I’ve really been interested in music licensing, and that’s what the whole latest album was about, it’s just writing songs that are music licensable. Something that’s commercial.’

‘You hear so much music on the commercials and the TV, things like that, the question always popped up – “How do they do that?”, so I looked into that and starting finding out and connecting with certain music libraries and things like that. And of course, being in a band, there is sort of a bottom line. You do want to make some money, and sometimes gigging doesn’t quite work, so that’s why we branched into music licensing.’

Does he write and record all your own material at home?

‘Yeah… Back in about 2010 I gathered up the money to get a studio together and it’s basically become kinda like a sketchpad, where if I have an idea I’ll sit here and play the guitar, record it… come back to it later, add some words and stuff. It’s really convenient, I’m very fortunate to be able two do that, ‘cause I don’t know if I could remember stuff I write from one day to the next!’

How does he develop these ideas?

‘Once I get the sketch of the music, I’ll go back and put some words on it. My process of writing lyrics is probably kind of backwards, in that I usually use lines that fit with the music and then kind of feed the sense together and put a song together. And then afterwards I’ll sit back and think, what’s this song about?’

The next state is making the music ready to upload to music licensing sites.

‘With the financial situation the way it is, I really couldn’t afford to send my stuff out to get mixed and mastered so I had to make a decision and go ahead and learn how to do it myself… I had to do some crash courses in mastering and of course I’m still learning…’

So the whole thing has been a learning process, from mastering to licensing?

‘Yeah, and I don’t know if that will ever change! I’m always learning something.’

Was the music he uploaded to Soundreef In-Store written with background music in mind?

‘Yeah, more or less. The direction I want to go with the music is I really want to generate some kind of income with the music and then slowly collaborate with musicians and go a step further. It is compiled on an album and the album is available, but that wasn’t necessarily the goal in putting the music together.’

Soundreef In-Store’s contract is non-exclusive, which means our artists can release their music in any other way, anywhere else in the world, and still collect royalties from us. Like most of our artists, Javier releases his material through other channels.

‘I’ve got it on CD Baby and that’s probably the biggest one. They’ve pretty much handled all the distribution channels, getting it on Spotify, iTunes… I’ve found that very convenient for me. I guess I’ve got my own label!’

Would he recommend CD Baby to other artists? Is he pleased with what they’ve done?

‘Yes, I really would because they always seem to be coming up with some new way to help the artists put their stuff out there. I really would recommend CD Baby, yes.’

Are there any other distribution sites he’d recommend to other artists?

‘Well, let’s see… There’s a whole lot of music licensing websites that I’ve got music on… through CD Baby I’ve got stuff on Rumblefish. Of course, YouTube is a good one to have, it helps you get your music noticed I guess.’

Javier hadn’t registered his music for use as background music before Soundreef, but he was already a member of ASCAP. Did he have any problems with them when he registered with us?

‘No. In fact Soundreef was very helpful in giving me the paperwork to sign where I basically just waive the rights and I did find that it’s more beneficial for me to go directly with Soundreef than try to use ASCAP, because I tried to look at how they pay out their royalties, but it’s like studying algorithms and some kind of calculus because of the formula they have. Of course it leans towards the bigger artists and if there’s anything left the little guys get something.’

How did he hear about Soundreef?

‘I think I might have just stumbled across it on a Google search… I think at the time I was working on different ways to get my music out there and generate some income, and I’m sure that’s how I stumbled across it.’

What made him want to try us out?

‘You seemed interesting because of course it was really what I wanted to do. I was looking into music licensing and seeing what Soundreef does in getting the music into retail, shops and stuff like that, I said, well, that’s exactly what I want to do so let’s give it a shot!’

How was the registration process?

‘It really surprised me how easy it was to get played and it was really very little effort on my part for the music – I didn’t have to promote anything, push anything, you guys did the rest… It was very, very easy and it’s kind of surprising! I really liked the idea, the way the data’s collected on there, and available, so I see where our music’s been played, how many times. People have asked me where my music was played, and I could tell them. Most of it’s in Italy, but that was just fine by me. I really like the process.’

Can he recommend any other music licensing websites to artists?

‘Well there’s so many music libraries out there. There’s one called musync.com, they listen to your music and see if they like it. There’s another one called musicsupervisor.com, Music Dealers is another one that’s pretty good and really into the artists – they’re more into the branding of the artists… that’s all I can think of right now!’

What are his plans for the future?

‘For the future, I definitely will step up my mixing process and mastering to generate some better quality stuff coming out of the studio. And really just to write more music, and push for music licensing – that’s the first goal. Of course you always want to land a big deal, but definitely I’ll put as much as I can into the Soundreef library because that’s proven to be an avenue where it’s just pretty much a no-brainer!’

Does he have any advice for other artists?

‘One thing that I’d go for would be music quality. And probably the easiest way to get to music quality would be put together simple music with simple instrumentation, even if it’s just an acoustic and singing track, or maybe just three pieces… In songwriting for music licensing, lyrically you want to make your stuff as generic as possible so that it opens you up to more opportunities …’

So make it more adaptable to a wider audience?

‘In a case of licensing for a commercial or something, they’re looking for something happy and positive…’

Javier also points out that using more general lyrics means it can be used in several different ways ‘Whereas if you wrote it specifically about one certain day when a certain incident happened to you, you’re limited.’

For more about what kind of music earns the most royalties from Soundreef In-Store, check out our Music Supervisor’s advice in our previous blog post.