Derek Lefholz is
Director of Artist Relations and Radio in Retail for Music Supervisor Incorporated, Owner and President of Embark Music, as well as continuing to create music as an artist in his
own right. He took some time out to tell us about why artists need to work out
what they want in order to get noticed – and get paid!

How can artists get themselves noticed in the digital age?

‘It really helps to have a marketing view of music, just
from the artist’s perspective. Artists traditionally don’t want to be involved
in business… it doesn’t traditionally go hand-in-hand with the artist’s nature
for a creative type to get into lots of tedious processes and paperwork and all
that kind of stuff.’

‘You know, what do you see your future as because there are
so many outlets, and there are so many different places that you can spend your
time online now, as a label or from an artist’s perspective, doing it yourself,
that you really have to pick and choose what’s the smartest approach for you
and for your music.’

‘There are some artists and bands I’ve come across over the
years that have their mind set on an ultimate goal. So whatever they have to
deal with in between now and to get there, they’re okay with, so they’re okay
with not making as much money right now, but from someone else’s standpoint
that may have a family or may want a different career, that doesn’t want to
tour or something like that, then they have to look to other areas where they
can earn money and make money, then it’s kind of a sum of all the parts at that
point.’

‘After you do all that visualisation of your career and
where you want to be as an artist, then you can figure out where you want to
be. Again, that’s where Soundreef comes in to be really key, because they’re
definitely a huge chunk of where artists can earn money on a consistent basis.’

Artists have to think of themselves from a record company’s
point of view – and the record companies need to be realistic about what
artists need to make a sustainable living; it isn’t fair to expect music to be
free.

‘Well, let’s get one thing straight. First of all, the major
labels are only interested in one thing, primarily, and that is business. That
is making money, that is doing deals, that is creating an image, making a
commodity out of the music and the product.’

‘To me, the future – in a perfect world for the music
industry – the incomes have to be increased for the artist. An artist making a
cheque from wherever, a PRO, for like $50 or $100 every quarter, that’s not
going to sustain anybody’s career. Rent prices, mortgage prices, are thousands
of dollars a month for most people.’

‘I’ve worked in a lot of different aspects of business and
have my feelers out in a lot of areas, and one thing that is consistent
throughout all industry is people expect music for free traditionally… They
expect people to provide music, when they need it free of charge.’

’I’ll give you a prime example: I’ve dealt with, worked and
served on an art commission that pays artists that do huge sculptures thousands
of dollars for their project, basically for temporarily showing their piece of
art in a location. But when it comes to music, and implementing music, there’s
no budget for that.’

‘That’s always the answer with music, “We don’t have a
budget for that”. And that’s because, traditionally, there hasn’t been a budget
built in for music. So this is where we have to get smart as artists and go
okay, we have to somehow work our music into marketing and the money has to
come from the marketing budget. The money has to come from the advertising
budget because they’re not going to create a new rung of budget.’

‘But they will allocate money from other places and that’s
where – with marketing, or advertising. That’s why the advertising placements
can pay so much bigger returns, is because they have more budget to work with
because a budget for an advertising campaign is astronomical compared to
traditionally what the budget for a film project for music is. It’s about 6% in
a film.’

Artists have to work out what it is they want, and how to
get the return they want form that – whether that’s popularity or money.

‘You have to know “What do I want to achieve?”, because if
you don’t know what you want to achieve, you could be working your Facebook
profile up to like 30,000 likes, but then you’re not making any money and
you’re not getting your music out to any place that’s gonna give you a return.’

‘A company like Soundreef that curates your music and then
puts it in retail stores and then pays you money for that is a win-win because
you’re getting your music promoted, it’s being played for someone that wouldn’t
have ever heard it before, most likely in a location that you wouldn’t get it
in and you’re getting returns.  You also
have the ability of people to go on, discover you and find your music and all
that kind of stuff through Shazam and Sound Hound.’

‘The people that are working for the artist have to make
money, but the artists have to make more money too. It’s just that it’s give
and take in the industry, and then basically the golden rule of moving forward
in the future for the music industry is to eliminate the greed. Because when
one person or company wants to make too much money, and they get focused on the
wrong things, all of a sudden their focus shifts from great music and getting
music to people and helping artists, to all of a sudden we’re making money, and
we’re growing our company, and we’re doing this or that. And then things get
distorted, and the artists get less and the middle companies that are working
as the agencies or aggregators for the artists get more… There really has to be
a balance of powers…’

Are artists getting more savvy?

‘Artists definitely know way more. But you still see artists
making silly decisions. Like you still come across artists every so often that
are letting a company retitle their work.
I understand, from an artist’s perspective, and people get desperate. They’ll
give away all their publishing, they won’t make any money on the front end in
the hopes that they’re going to make some great big money.’

‘You see this trend happening in Hollywood and LA right now
– and other places too – where production companies are getting as much of that
publishing right as they can; if they can own the music, they want to. Because
they want to build their own catalogue, so then that’s another income stream
for them, and so it’s important – very important – for the artist to maintain
their rights.’

‘That’s what Soundreef does, that’s what Music Supervisor
does, we allow artists to keep all their rights, and we get paid on the front
end: when they make money, then we get paid, we make money for what we’re doing
and that’s how it should be. It should be non-exclusive, so that you can go
work with any other company you want, and you can push your music on your own
if you want, and then the harder you work and the more good people and good
companies you have working your music, then the more money you can make.’

‘But the kicker, and the catch there is it’s very hard to
find good companies and good people in the music industry! Which, as Hunter Thompson said best, “The
music industry is like a long, plastic, narrow hallway full of pimps and
hookers. And then there’s the bad part.” That’s the music industry. It’s really
kinda true! It can be very sneaky and sleazy…’

‘You have these huge companies that work with the
government, and go in and shake hands with politicians… Sound Exchange is a very good example. I watched this
affiliation – or firm if you will – come up from nowhere, and they went and got
all these laws passed because no-one had ever been collecting for the performer
on radio in the United States, or the master holder like the label. So they saw
an opening and they went and they got all these laws passed and then, all of a
sudden, they could collect all this money.’

‘Then they go around putting press out, and all of this,
“Collected over $400 million for artists”. But then as an artist you go to
their site and you say, “Hey, I want to sign up”. Okay, send us your
repertoire, okay send us an Excel, now what we’re gonna need is… You’re gonna
have to wait because you’re not in the distribution period of when we’re gonna
pay, so if you get over a threshold of this amount, then you’ll get your money
here.’

Sometimes getting paid the money you’ve earned is even
harder than actually earning it.

‘People are sitting on money longer. We’re seeing the same
trend in film and TV licensing. We have the big studios holding out on their
payments for 90 days and sometimes six months from the air day. Traditionally,
if we have Warner or Disney come to us and say, “Hey, we want to licence a
song,” and we negotiate, and they take the song, we don’t see a cheque for –
depending on where the production is, I mean if it’s pre-production or they’re
shooting, it’s gonna be another few months before it’s done, it’s gonna be
another few months or more before it goes to air and then at that point, we’ll
get our money 90 days or six months after, and then the artist will get their
money once we account for it.’

A member of the
Recording Academy, Derek Lefholz, aka DegreeZero,
founded Embark Music, a Creative Licensing Agency and Record Label in the early
2000’s. Lefholz also works as Director of A&R and Radio in Retail
for Music Supervisor Inc., managing and consulting with
thousands of musicians, artists and bands daily. As an artist he continues to produce and has writer and publisher credits
on over 200 tracks in many genres. You can contact him via Facebook and Twitter. 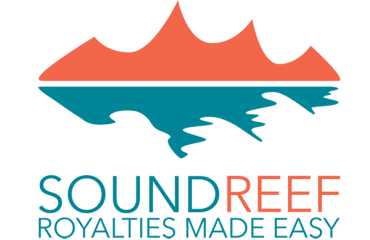 What is Soundreef and what do you do? 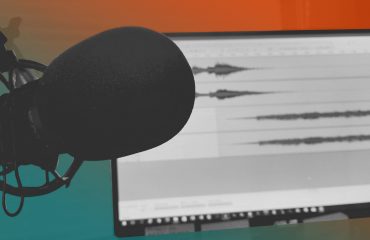 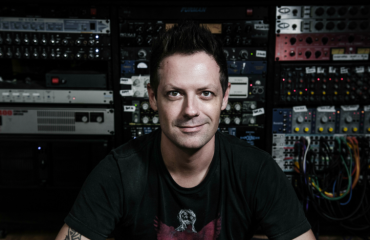 Gyom Amphoux (Part 1): ‘As an artist, you focus on your inner feelings…’