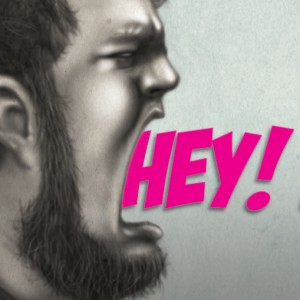 Tim Trudeau is CEO of Syntax Creative. He has experience in all
areas of the music industry – he started out as an artist, and soon progressed
to artist management, promoting other musicians and brand building. In the late
‘90s, a revolutionary distribution deal he made meant that his band Sackcloth
Fashion could reach a national audience while still retaining all the rights to
their music. By the time he was 25, Trudeau was the president of a record label
that he co-founded. Many of the artists he helped launch are still touring full
time and successful to this day.

In part 1 of our interview, he discusses Soundreef, how to
sell music online, how the music business works and how to promote your music.

Timothy originally heard about Soundreef through Davide
D’Atri’s first startup, Beatpick, which led him to Soundreef. His company, Syntax Creative, is registered with Soundreef, and he’s pleased with
the results so far.

‘We’ve only been working with Soundreef for a short time – I
don’t think you have a full catalogue yet. I was impressed with how well it
performed with just the little bit of catalogue we did use so far.’

Syntax Creative works with over 100 record labels, but most
of their catalogue isn’t specifically for background use.

‘The majority of what we’re working with is commercially
released music. These are touring artists that travel the nation and maybe even
abroad, performing their music for audiences on radio and television.’

While touring is a main source of income for both
independent and major label bands, there are other ways artists can earn from
their music.

‘We do have a lot of instrumentals of the music that is
performed – take the vocals out and pass the instrumental versions around. That
opens up your ability to make money on that song in ways that you haven’t
before and we’ve been doing that for a long time, before we were a distributor
for other people’s music.’

Getting music used in a soundtrack can be a very efficient
way to make music.

‘I think it was around the year 2000 when we got our first
huge placement – it was a Michael Douglas movie. We were making music already,
but when we got a song placed in a major film, that’s when the lightbulb turned
on! We can work all year long, working our butts off, and make a little bit of
money, or you get one song licensed, one time, in one film, and that can change
everything – that can crush all other work you’ve done!’

‘So from the year 2000 on, we started a publishing company,
and we weren’t only exploiting our own work, but were looking for other writers
and people we could work with. So companies like Soundreef and others we
partnered with around the world have been excellent revenue streams for us, in
ways that most artists never even imagine, because they think music business is,
“make music and sell it to fans”. That’s the toughest way to make money on
music! But again, that’s what most people focus on.’

Tim has been in the music business a long time. Has he
noticed artists getting more savvy about music rights and music publishing?

‘Again, it’s really tough to speak about artists in general
because you’re always going to find someone out there who is the exception, but
I would say there seems to be a misunderstanding of how it all works.’

He thinks that this misunderstanding is to do with the way music
is conveyed to the consumer.

‘A lot of people that consume music are the next batch of
artists, so what they’re hearing on record, what they’re seeing in music
videos, is “educating” them how it works. The way they show business, the way
they talk about it or the way they portray it in music videos is completely off!
You have a brand new artist that is driving around a $250,000 vehicle that was
rented just for the music video, and then after the music video is done, he has
to turn it back in and go back to driving a regular car like the rest of us.
And so you have a lot of that that’s feeding into the ignorance of not only
established artists, but artists that are coming up.’

What does he think the biggest changes have been for artists?

‘The barrier of entry has definitely been lowered and that’s
not just iTunes, but iTunes is a part of that. So, for example, artists can now
walk into Guitar Center and spend $300 on recording equipment, run back home, get it set up in 30
minutes, record a song, upload it to digital retail through a distributor and
then it’s up within a week or so… then they start selling it, then… Honestly,
it’s not as easy as I’m making it sound, but still!’

Things were different in the ‘90s, when Trudeau was starting
out. Getting an artist off the ground was expensive, time consuming and
complicated.

‘You needed a huge partner – it’s like when you buy a house,
you need a bank that’s going to supply the upfront mortgage.’

You also needed backing and distribution, but this has
changed.

‘I don’t think it’s required any more – it still helps, but
it’s not required any more so you have a lot of independent artists who just
happen to be crafty with social networks and other things, and they’re able to
create a small platform that allows them to pay their bills. And that’s great because
it levels the playing field for everyone.’

The other big factor in an artist’s success is airplay.
Trudeau points out that radio channels control the music that people hear, and
therefore what music they like.

‘Essentially, you have these giant corporations that are
controlling the fads of the decades. So everyone feels like they have free will
to walk around and do whatever they want, but there are just a few people who
are behind it all, that are controlling what your childhood feels like, tastes
like, smells like.’

Trudeau suggests that the music we listen to has become so
homogeonised that genres have become indistinguishable from one another.

‘You might put on a country station, a hip hop station, or
adult contemporary, and it’s so weird that they actually all sound the same and
I don’t even understand why they do separate it. Why are you calling that
country? It sounds the same as what I just heard on this rap station.’

Even in the digital age, with new artists more easily
accessible to the public? Are the means of music distribution and production
still controlled by relatively few people?

‘Yeah, absolutely. I mean, if you turn on the radio that’s
still what’s happening, but the difference now is there’s more options. So, for
example, when I get into my car, I can listen to AM radio or FM radio, but I
can also listen to Satellite radio as well – they’re a little more open to
playing independent stuff.’

But users now have more freedom to control the program.

‘People can be their own disc jockey while they drive. Just put
your mp3 player or your phone and it’s going to shuffle between the songs that you
picked, so the idea of programming is essentially moving away because everyone
has become their own programme director or curator.’

How have things changed for record labels, distributors and
music publishers? Trudeau believes that, although the process is pretty similar
to what it used to be – just much more efficient.

‘The basic model of what we do is very similar to the way
it’s been for a long time, as far as how we prepare a record that we’re going
to release. The technology has made it easier to assemble the content that’s
needed and easier to collaborate on that with people across the country and the
world. You don’t have to be in the same boardroom any more, so there’s a lot of
benefits to the technology, but the basically what is happening is very
identical to the nineties, when they were working with large, physical
distributors.’

‘So we haven’t really changed what we do – what has been
cool is there seems to be a trend in the digital space that is turning it back
to being song driven, where it’s more about the song and less about the album.
Is the song good? And if it’s good we’re going to play it. That is kind of
reminiscent of the fifties or the sixties.’

The ethos was very different then, with songs selected by
tastemakers rather than by a boardroom.

‘You had, rather than a person that was controlling it in one
city, all the Clear Channel stations or something like that, individual DJs who were picking songs they
liked, and they were very regional. So what we found is, we might have an
artist that is extremely talented, making great music, and we can get an editor
at a digital store to hear it and they like it, they can place it… it’s back to
tastemakers, it’s back to people that like music. There’s a level of control
that’s coming back to people that actually like music, and less board
room-driven policies and stuff like that. Yes, that’s always going to exist and
every time you figure something, someone else figures out how to scale,
industrialise, and capitalise it on it as well, that won’t disappear – like one
day it’s just going to magically disappear and everything’s going to be taste
driven. But there is a move in that direction in the digital space and I really
like that.’

And this might even make his job a distributor a bit more
straightforward.

‘The base problem with physical distribution is that any
physical distributor can get products on to the shelf, but it’s getting the
products off the shelf – that’s not the distributor’s job, it’s the artist
and/or label’s job. And a lot of artists or labels don’t seem to understand
that – they think, when you sign up with a distributor, that it means you’re going
to magically start collecting cheques because you’re just going to be selling
tons of records, but all they’re doing is getting it on the shelf and your job
is to get it off. A lot of them don’t know how to do that. They’re saying that
distributors are stiffing them, they’re not giving people their money, but in
reality, they owe their distributor money because the distributor spent a lot
of money to get you on the shelf, and you’re not selling so now you owe them
money.’

In part 2 of this interview, we’ll hear what Trudeau thinks
about music royalties, music distribution, and working with a collecting
society. 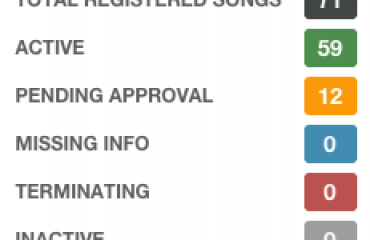 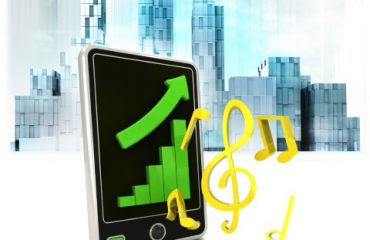