Your music on Radio and Tv. Soundreef tracks it in real time

In order for you to be aware of the details related to your tracks’ plays on radio and on tv, Soundreef provides you with an audio-monitoring technology that is able to know exactly where and when your music is broadcasted. This particular kind of technology is very similar to that of Shazam, the latter based on a waveform analysis of those tracks included in its database.

Each Radio and Tv play of those tracks related to Soundreef songwriters and publishers is immediately available in the “Statistics” section of Soundreef users’ accounts. For each play, Soundreef detection system reports: channel, program, day and exact time during which the play in question has been detected.

This system is effective in more than 20.000 radio and tv channels worldwide. In case you’re aware a radio channel has not been monitored, you can let us know and we’ll integrate it in our service. Besides guaranteeing an automated and proactive control of the music plays, pursuant to the Law, radio and tv broadcasters must also forward the report of all those tracks played during the different radio and tv programs. Those reports are then cross-checked with our automated audio-monitoring data, with the aim of reaching the highest reliability in relation to those plays actually being broadcasted.

What about the statistics and royalty payments’ timings?

Whilst Radio and Tv statistics are provided in real time, royalties related to the previous year are then paid within 30 days from the end of the quarter terminating on the 30th September.

Each radio and tv broadcaster pays a music broadcasting licence to the different Collecting Societies or Independent Management Entities, according to their advertising turnover.

The amount paid by the broadcasters can be considered as settled only as soon as the broadcasters themselves present their reports. This step is usually processed in April for the previous year. So, during the months of May, June and July the licences’ costs related to the previous year can thus be finalized and the royalty payments will immediately follow the costs settlement.

Radio and Tv rights management is available worldwide and is directly carried out by Soundreef or via representation agreements. For many countries of the world Soundreef entered into an important agreement with SUISA, the national Swiss Collecting Society.

So, it is seven days a week, 24 hours a day and in real time: if you want to know where your music is played, do not wait to access the “Statistics” section of your Soundreef account.

Get in contact with our Customer Support: [email protected] 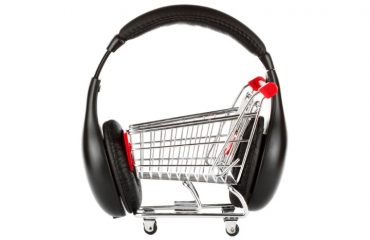